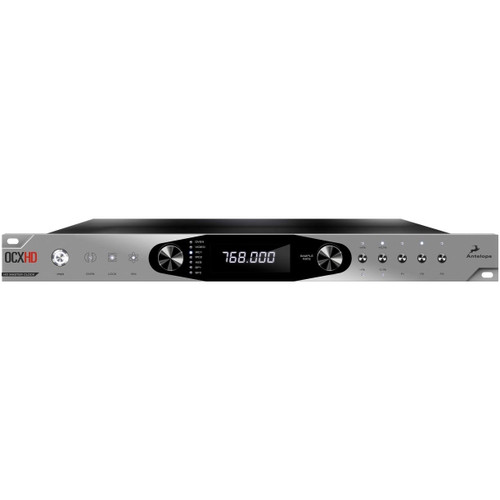 For over a decade, Antelope’s legendary OCX Master Clock has been a dominant force in the audio world. This legacy now continues with the newest master clock by Antelope Audio – Isochrone OCX HD.

VIDEO CLOCKING
All that you love about Antelope’s cult Trinity Master Clock now in just 1U. Additionally, OCX HD offers two Word Clock Inputs and a Video Sync Input, which can resolve to a huge variety of SD and HD formats, as well as clock distribution with gear-boxing, and pull-up and pull-down rates, as featured in the triple clock powerhouse, Trinity Master Clock. A 10 MHz Input allows for syncing with Antelope’s newest Atomic Clock – 10MX.