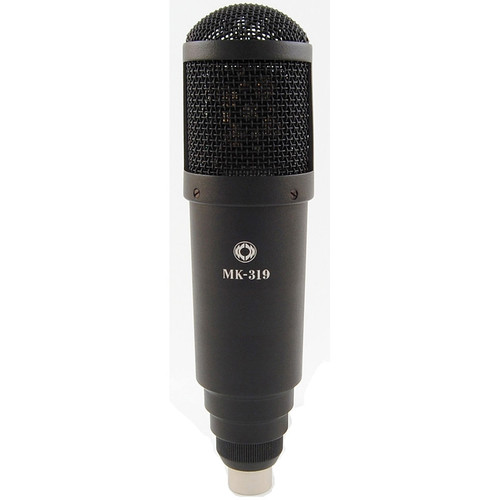 The Oktava MK-319 Microphone is a large diaphragm microphone ideally suited to guitars, overheads and any other application where a warm clear sound is required. The design of the mic is specifically tuned to capturing the sound in a sympathetic and flattering manner.

The Oktava MK-319 is the successor to the Oktava MK-219 and provides the same relentless attention to detail and legendary performance in an improved form. The Oktava MK-319 is housed in a new casing which has been acoustically designed to cut down the sound refractions inside the grill, allowing a smoother and more open sound, as well as being more rugged and shock resistant. The Switches are also improved and whilst still using magnetic reed switches the mechanism has been redesigned for extra durability and easier operation. A switch located at the left (High-Pass Filter) allows to change the microphone's cutoff frequency. This reduces low frequency interference directly at the input of the microphone amplifier. This setting also compensates for the unavoidable bass boost that occurs with all pressure gradient transducers when they are used at close distance (proximity effect). The second switch attenuates the sensitivity by 10dB. This option should be used in high SPL environments or by recording of loud instruments (for example saxophone).