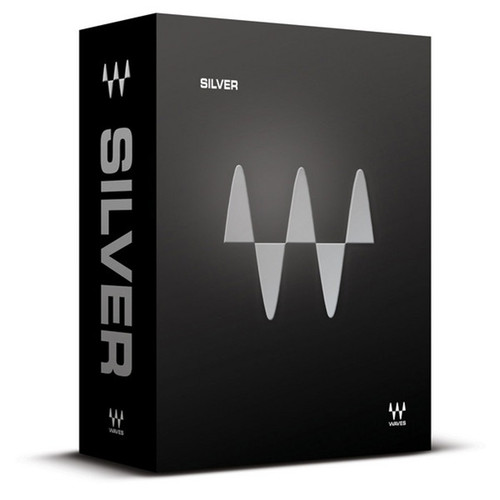 Product Code: 9999-06715
WANT A BETTER PRICE?!
Waves is always changing prices and offering specials, we just can't keep up. So, before you order, contact us and we will get you the very best deal possible on all your Waves plug-ins, bundles, and upgrades!
Get A Quote
$599.00

Waves Silver Bundle is an affordable new collection designed with personal production studios in mind. The Waves Silver Bundle puts an astounding array of processing plug-ins at your command for a very agreeable price! The Silver bundle includes native versions of 16 great Waves plug-ins, from compressors and EQs to reverb, modulation, and delay effects - and more! Waves plug-ins are renowned for their quality and ease of use in home, project, and pro studios alike. Whether you're shaping individual tracks, molding your instruments, or putting the finishing touches on a mix, you've got the right tools for the job with the Waves Silver bundle!

Maybe youâ??ve got some tunes up online, and youâ??re beginning to attract some real attention. Or your band is packing the clubs, and youâ??re ready to lay down some serious tracksâ?"but youâ??re not ready to lay down serious bucks. Waves has created the Silver bundle just for you. With reverb, compression, equalization, level maximization, and more, Silver features 16 essential plugins that will take your music to the pro level. Now, you can join the ranks of the engineers and producers that count on Waves Gold, Platinum, Diamond, and Mercury to deliver hit after hit after hit. When itâ??s time to go pro, itâ??s time to go Silver.

Each new purchase of a Waves plugin/bundle will include both Native and SoundGrid versions.

For more information on the benefits of SoundGrid and DiGiGrid as well as the most current Waves Compatibility Information and System Requirements, visit Front End Audio's Waves Resource Center.