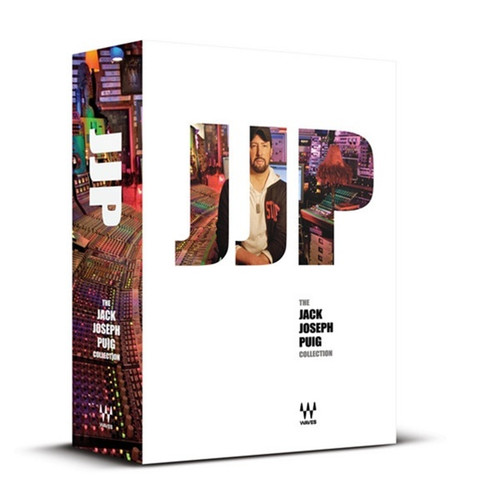 Product Code: 9999-08086
WANT A BETTER PRICE?!
Waves is always changing prices and offering specials, we just can't keep up. So, before you order, contact us and we will get you the very best deal possible on all your Waves plug-ins, bundles, and upgrades!
Get A Quote
$499.00

Models of Jack Joseph Puig's own hardware
The Fairchild 670, the Pultec EQP-1A, and the Pultec MEQ-5 are among the most sought-after pieces of gear in audio history. Likewise, Jack Joseph Puig is among the most sought-after producers and mixing engineers in the music industry, having working with such artists as Weezer, U2, The Rolling Stones, Black Eyed Peas, No Doubt, John Mayer, and countless others. Puig himself has one of the most enviable, hand-selected collections of vintage hardware in existence. Indeed, no two units of the same make and model sound exactly alike - and tubes, capacitors, and other components and factors work together over time to give each piece its own unique personality. Waves' The Jack Joseph Puig Collection is a painstakingly modeled offering of Puig's very own outboard gear. Not only did Puig work with Waves throughout every step of the way to ensure these plug-ins are spot-on, but he even included his very own presets so you can use his personal gear exactly how he would.