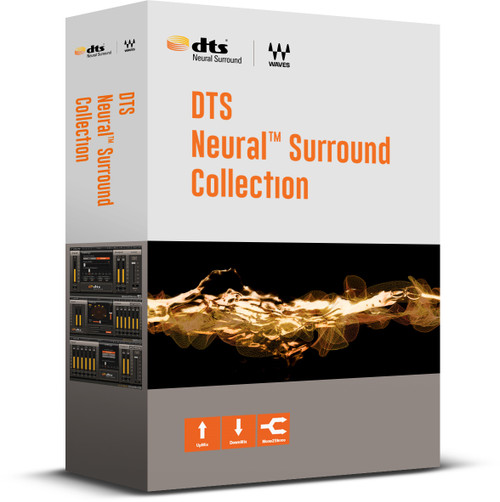 Product Code: 6249
WANT A BETTER PRICE?!
Waves is always changing prices and offering specials, we just can't keep up. So, before you order, contact us and we will get you the very best deal possible on all your Waves plug-ins, bundles, and upgrades!
Get A Quote
$499.00

Together, these plugins provide a discrete-sounding, end-to-end surround delivery system for any live broadcast or post-production situation.

The DTS Neural Surround plugins are the ultimate software replacements for the legacy hardware components that many broadcast facilities, OB vans and post-production studios currently use. Upgrade now to a modern system that seamlessly