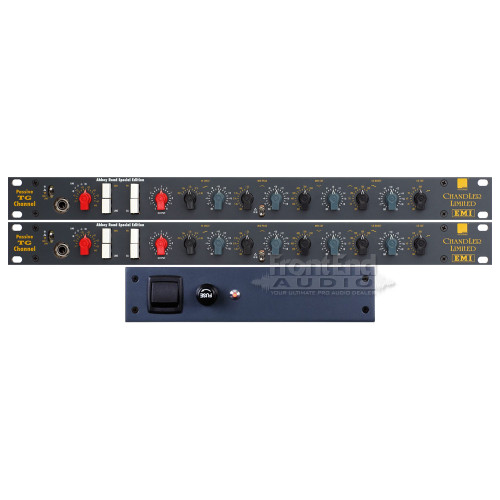 The Chandler Limited Channel is a re-creation of several classic circuits - combining the TG2 pre amp section with an equalizer that was redesigned from a circuit used in the TG12410 Transfer Console, the mastering counterpart to the original "Beatles desks." Chandler Limited's version has been remade using original design information and circuit board drawings as provided by Abbey Road to ensure extreme authenticity!

The active portions of the unit use the same discrete amplifiers and transformers as in the TG1 Limiter and TG2 Preamp. The TG Channel's passive equalizer EQ is an all inductor design offering sweet high frequencies, large inductor based lows, and a very high "Q" mid cut section. Its sound is very comparable to Pultec and Lang program EQs. A simple description would be a TG Pultec with a TG pre amp thrown in.