SUNSET SOUND is a studio with a name synonymous with the legends of rock and roll and their albums that we love so much. But what Sunset sound is also synonymous with is a passion for developing their own recording consoles and equipment distribution for lines such as Smart Research. In celebration of their 50th Anniversary a few years ago, Paul Camarata brought in famed studio console and electronics designer Paul Wolff (API, Tonelux, Fix Audio) to help adapt the console preamp from the famed custom console in Studio 1 into the 500 series, resulting in the Sunset Sound S1P "Tutti" 500-Series preamp - named for Sunset Sound founder, Tutti Camarata.

After having tested many, many, many different preamplifiers of varying budgets and design characteristics, the Sunset Sound S1P "Tutti" is one of our very favorites. Why? Well, all of the hallmarks one looks for in a truly great sounding preamp are packed into this module. 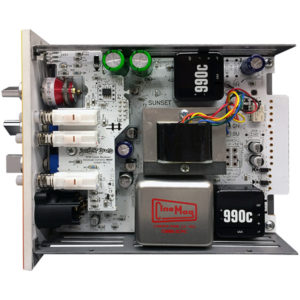 There's a lot to love about Sunset Sound - and the Sunset Sound S1P "Tutti" 500-Series preamp is certainly one of them. Front End Audio is proud to offer this inspiring sliver of historical circuitry with convenient modern features like its front panel XLR input (great for overdubbing in the control room) to our customers.