The Audio Technica AT5045 (pictured in a stereo pair) is a unique microphone, and we had the pleasure of spending some time with it recently. The first interesting thing you learn about it, is that despite it's form factor – it is actually a large diaphragm microphone. The unique rectangular capsule measures (on it long side) around 1.25 inches, thus making it a large diaphragm. There are some benefits to a rectangular capsule, being:

Using this mic, we immediately heard a difference. The most notable difference being in the transient response. Even on simply an acoustic guitar, the detail of the pick strikes, palm slaps/mutes, hammer-ons and pull-off, the percussive undertone of the acoustic was brought forward in such a pronounced way – which was very exciting. The performance became much more alive. Yet, every detail and transient was presented in a slight soften, gently rounded was that was pleasing – and not harsh or hard. And still, the fullness and body of the guitar, with the air and clarity, and sonic dimension was still there. Further more, in a test recording in an untreated office, four feet from a computer, the rejection of the mic was impressive. Add in the high quality construction of the mic, and the fast functional and uniquely designed shockmount – there isn't anything to complain about here. Audio Technica has done something special here, and backed it with the quality we expect from them. Whether doing acoustic guitars, drum overheads/room, piano, strings, etc – this mic can handle it, and is something we highly recommend considering. 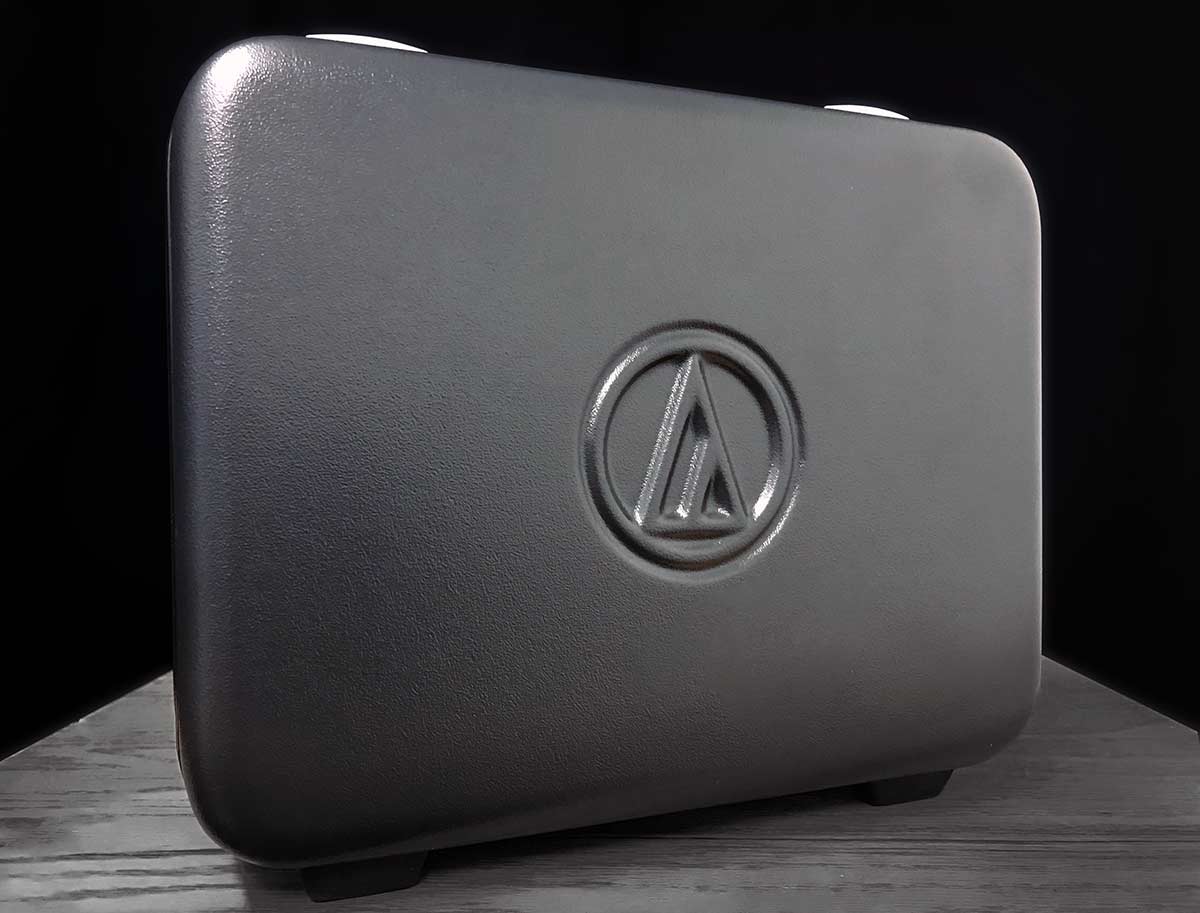