United Studio Technolgies has just released the new United Studio Technologies UT Twin87 Microphone! The UT Twin87 offers the authentic sonic capabilities of both "87-style" microphones in one package! United Technolgies extensively measured component values and circuit differences between "golden reference" specimens of the very earliest available microphones of this style. They also did this with some of the newest revisions produced. All of the variations were studied, documented and their audible differences were carefully teased out. No mere 'EQ/boost' circuit or digital gimmick would cut it. The UT Twin87 literally toggles between two discrete 87 style circuit topologies, separated by nearly half a century. 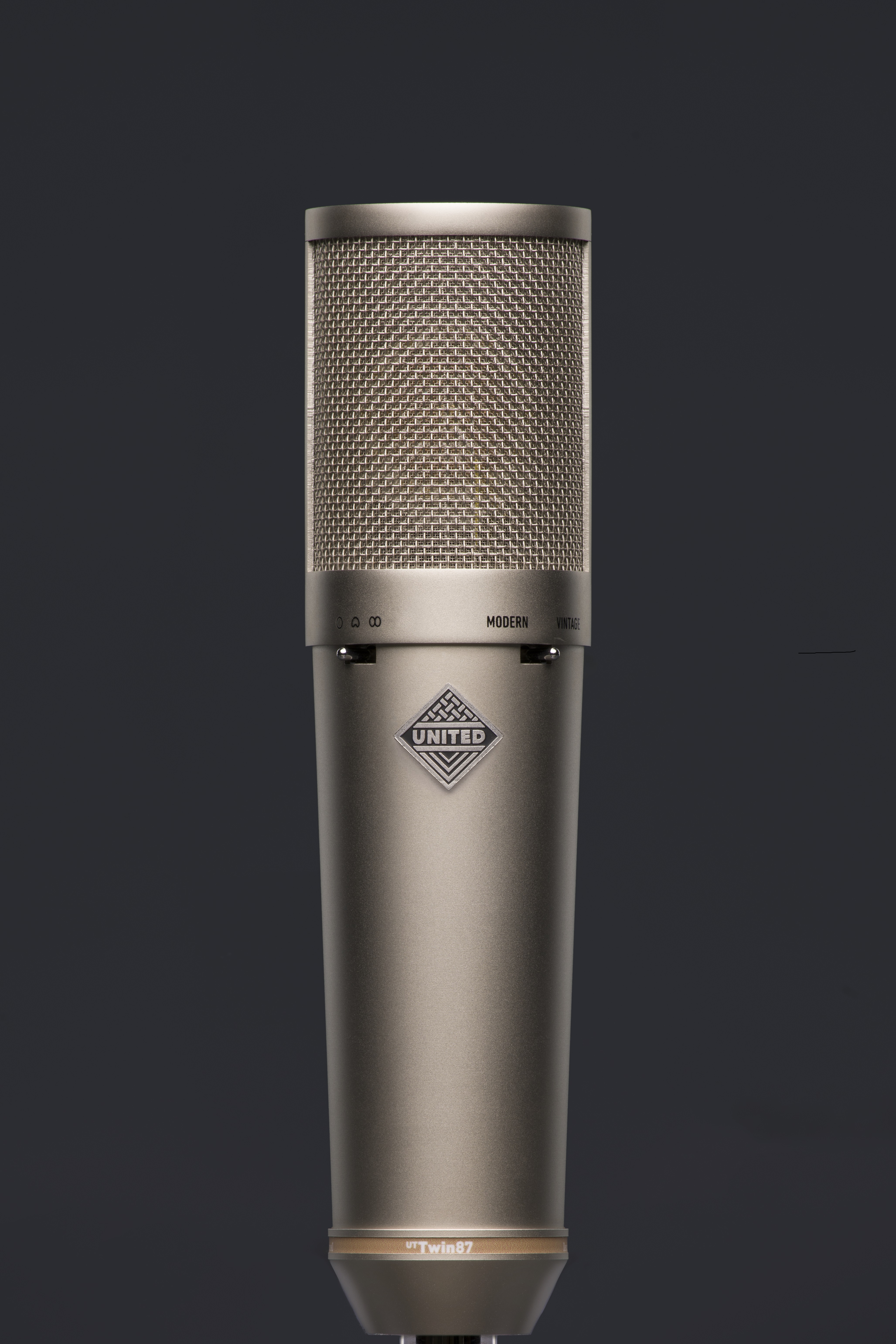 The United Technologies UT Twin87 Microphone is available for purchase at Front End Audio! If you have any questions or would like help placing your order, give us a call and we'll be happy to assist!