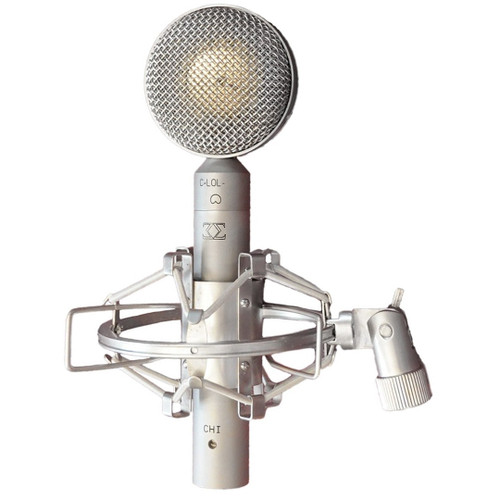 The3 Zigma Tool Kit 1X3 FX Microphone Kit features a transformer-coupled head amp with your choice of three capsules - all packaged in a premium wood case. Simply choose any 1 of the large capsules any 2 of the small capsules and build the kit that works best for you. Simple let us know (notes section during checkout) which capsules you want.

The 3 Zigma Tool Kit 1X3 FX Microphone Kit is designed to be an extremely flexible platform offering the demanding engineer a range of sounds going from the most classic vintage toned capsules to the most true to the source, "straight wire", modern specs capsules. Made to be reliable and robust, this microphone system must be regarded as a long term investment, and one that can only grow: indeed, as you add more capsules and accessories, your Tool Kit will expand and offer more options thus enhancing your recording, helping you getting the sounds you're after in the studio and generally speaking, broadening your sound "palette" when recording. The head amp is a very neutral impedance converter, simply fed by standard 48 Volts Phantom power. The transformer-coupled version features a hi-pass filter and pad. It has ample headroom, extremely low noise and is totally stable and perfectly shielded.

The main strength of the Tool Kit lies in its flexibility: the transparent head amp lets you pick the sound and behavior of the capsule to form a combination which offers a sound ranging from transparent and unobtrusive (using the Lipstick Small Diaphragm capsules) and flexible (many different polar responses) to obviously colored (any of the Lollipop Large Diaphragm capsules). Let's now go over the capsules one by one.